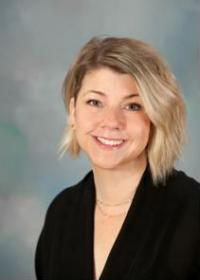 Riley Gettens graduated from the University of Calgary in 1997 with a BA in Social Anthropology and a focus on international relations and business. Throughout her career, Riley has effectively advocated, worked for, and worked with both local and provincial governments.

During her time as the Economic Development Consultant for the City of Penticton, she successfully advocated the Ministry of Social Development and Social Innovation for funding to help address a labour shortage in Penticton's industrial sector. She also initiated a project called ‘Penticton Works’ which won the Community Excellence Award in 2018 from Southern Interior Government Legislative Association.

Riley has managed a number of community projects throughout our region on behalf of the City of Penticton, as the Director of Marketing for the Downtown Penticton Association, and the Director for our local United Way.  In addition to her role as the Director for the RDOS Electoral Area F, Riley is the Recruitment and Community Engagement Lead for the Division of Family Practice in the South Okanagan Similkameen.

Director Gettens also represents the RDOS as Vice Chair for the Environment and Infrastructure Committee and Community Services Committee. She is also the regional representative for the Okanagan Film Commission.

From 2011 to 2014, she was a member of the Community and Business Development Committee for the City of Penticton. In 2017 and 2018, Riley volunteered on Area F Official Community Plan Advisory Group for the RDOS. Since 2014, she has been on the steering committee for 100 Women Who Care which is part of the Community Foundation of the South Okanagan Similkameen.

Riley has been married to her husband Grant for more than 20 years and they have two sons, Chay who is 15 and attends Princess Margaret Secondary and Jase who is 13 and attends Skaha Lake Middle School.  Both boys attended West Bench Elementary from kindergarten to grade five. She is excited to bring her experience and expertise to the place she calls home, Area F.