In January 1997, the Union of British Columbia Muncipalities and the First Nations Summit jointly organized the first province-wide Community to Community (C2C) Forum. This event brought together First Nations and local governments from across BC to discuss common goals and opportunities for joint action. The success of the event was due to a spirit of goodwill and an open exchange of concerns, ideas, and constructive viewpoints. There was consensus among the participants that regional C2C Forums should be supported.

Since 1999, with continued support from the provincial Ministry of Community, Sport & Cultural Development and Aboriginal Affairs & Northern Development Canada, more than 340 Regional C2C Forums have been held in communities across the province.

The Regional District of Okanagan-Similkameen (RDOS) hosted the South Okanagan Similkameen Community to Community Forum which was held on March 14, 2013. As a result of this 2013 meeting, a protocol agreement was signed between three of the local bands (Osoyoos Indian Band, Lower Similkameen Indian Band and Penticton Indian Band) and the Regional District. Although this protocol represents a significant step toward improved partnership and communication, all parties recognized that much work is still required to continue to build trusting relationships and cohesive partnerships.

It is the goal of the Regional District to host annual Community to Community Forums which focus on information sharing, education and investigation of collaborative decision making or negotiations in areas of comment interest. The RDOS is committed to building a common spirit of trust, transparency and cooperation with its neighbouring first nation's governments. 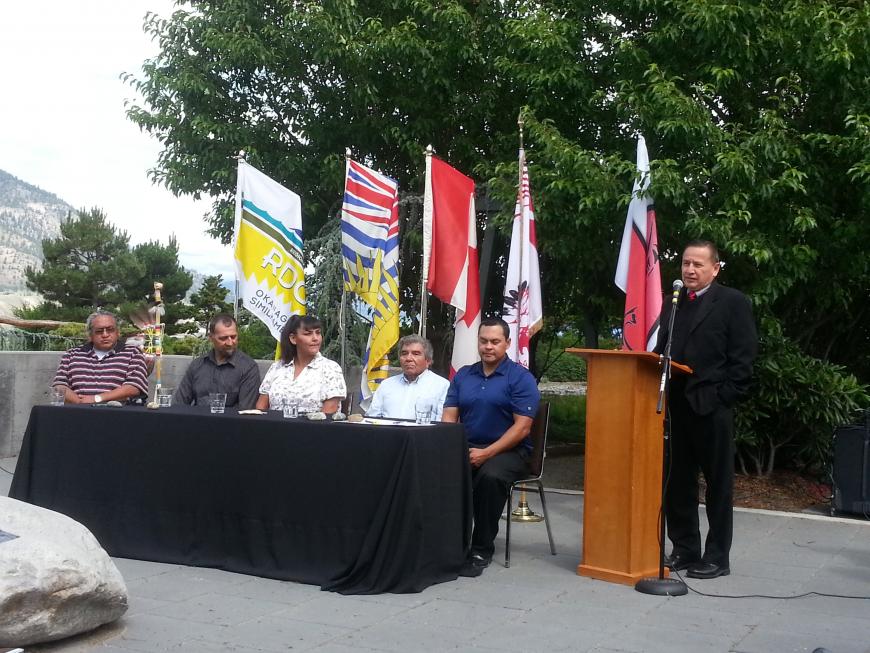