Coliforms are a group of closely related bacteria that are generally free-living in the environment, but are also present in water contaminated with human and animal feces. They generally do not cause human disease (with some exceptions). However, their presence in water indicates possible contamination with human or animal wastes. Pathogenic bacteria in these wastes can cause short-term health effects. The total coliform group includes fecal coliform and E. coli.

Coliforms are used as an indicator of fecal contamination, as well as to determine the efficiency of treatment and the integrity of the water distribution system. The presence of total coliforms in drinking water indicates that the system may either be fecally contaminated or vulnerable to fecal contamination.

Coliform bacteria are not generally harmful. However, the total coliform test can indicate the presence of other pathogenic bacteria, such as E. coli, that can cause short-term health effects and disease. 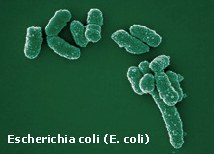 Fecal coliforms other than E. coli may also originate from organically enriched water such as industrial effluents or from decaying plant materials and soils. For this reason, the WHO states that, "the often-used term 'faecal' coliforms is not correct, and its use should be discontinued."

Fecal coliforms may be ingested by drinking contaminated water. The effect of consuming fecal coliforms depends upon whether pathogenic organisms are present, and if so, which ones. For example, many strains of E. coli are harmless and live in the intestines of healthy humans and other animals. However, the 0157:H7 strain of E. coli can cause sever illness including bloody diarrhea and abdominal cramps.

Infection by pathogenic organisms associated with fecal coliforms may cause headaches, nausea, diarrhea, and abdominal pain. Young children, senior citizens, and persons with weakened immune systems are more vulnerable and can suffer more severe symptoms than other people.