The Regional District of Okanagan-Similkameen (RDOS), in cooperation with Rec Sites and Trails BC and several local contractors, is undertaking a study to investigate the potential for reopening the historic Adra Tunnel on the KVR Trail above Naramata, BC.

A plan has been developed to clear debris in the tunnel, complete a rock structure survey, and develop plans for stabilizing the tunnel. Any future reopening will be contingent on whether it is technically and financially feasible to do so in a way that is safe for trail users. “The RDOS believes the tunnel if reopened, will bring long-term benefits to residents, tourists, and local businesses,” says Electoral Area E Director Karla Kozakevich.

Adra Tunnel was closed to the public in the early 1990’s due to the unstable conditions. Fires that were deliberately set in the tunnel in 2010 and 2012 destroyed all remaining timber supports, further deteriorating tunnel stability.

The 483 metre long tunnel was originally excavated in 1913-14 as part of development of the Kettle Valley Railway (KVR). Rail operations ceased in the 1970’s, and the Province of B.C. subsequently purchased the KVR lands in 1990. Timber supports within the tunnel were deteriorating after rail operations ceased. 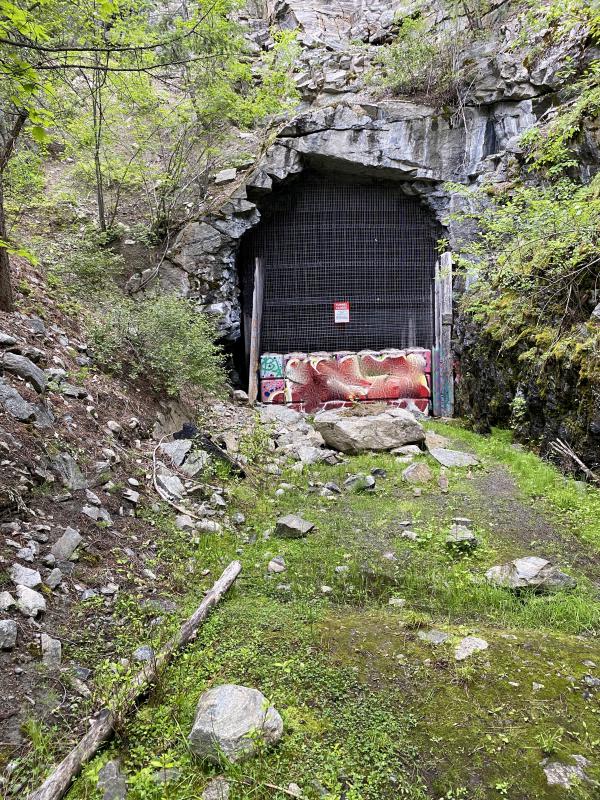